It's that time of the year again! The UAAP Cheerdance Competition is here and of course the UP Pep Squad is more than ready to take the 9th title this year! It's 915 on 915 baby! 9 winning titles in 15 years! Let's GO, UP!!! 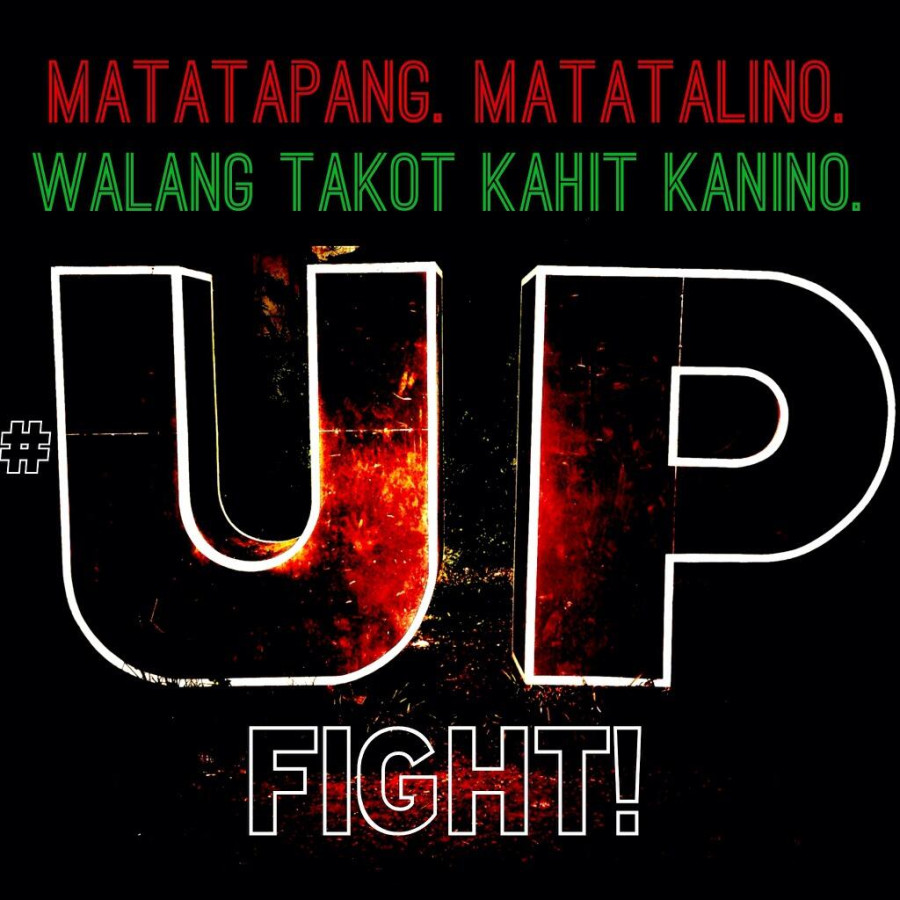 I wasn't even a fangirl to start with. But because I watched Gokusen I guess in 2006, I've started this crazy addiction over Arashi. Yeah, it's definitely Matsujun who introduced me to Arashi. After finding out he was a member of the group, I started checking out the other members too. I guess my curiosity introduced me to a lot of things. But I will talk about more of that later in this post.

Yeah, so again, it all started with Gokusen. I guess it's the same for most, if not all, of you, right? Hehe. I remember having those times when I watched the old Junior days clips from Arashi. The gymnastics one is the most hilarious, really. Recently, I was able to secure a copy of this clip and will definitely want to keep it for old time's sake. (You can ask me if you want.)

So, I started checking on Arashi and found out how great this group really is. Wow! Talent and personality-wise, no other group can match with this group. I mean, these five people have their own individual amazing personalities and skills and when you combine these five they become even more amazing. What's surprising is that their personalities never clashed. Which I really loved. You can't feel like this member is trying to compete with this member even though they always had friendly competitions on their shows. Ah! I miss their old shows. Especially the baka-baka days of C, D and G no Arashi. I think I still have low-res clips of some of the episodes on my Mediafire account though.

So here goes the five members, Ohno, Sho, Nino, Jun and Aiba. Five different personalities, one amazing group! They're the best for me!

For the usual questions, here's my pick:

*Who's your ichiban? - I would say it's Nino. He's just so amazing and talented and hilarious. He's very talkative, I know but I think I like that kind of guy. What amazes me more is how Nino is always playing games. I really like that side of him, like he's childish. Haha. But you see, he makes his own songs, play the guitar, piano and drums, and is even a Hollywood actor. This man is really awesome to the highest level! Favorite song: Niji

*Who would you go out on a date with? - Most probably, it's Aiba. He has a funny personality and I like that kind of guy. I think if I go on a date with him, there won't be any dull moments. Sho-chan is intelligent so it'd be boring and I think we'll end up discussing serious matters like politics and economics. Don't get me wrong. I love to talk about politics but on a date? Probably not.

*Who would you want to marry? - For security and stability, its Sho-chan. And for good genes too! LOL. Seriously, I want my kids to inherit his amazing brain, you know.

*Who do you want to be your brother? - This one's Ohno-kun! He is sooo talented as well. And he does a lot of things I can't do myself. So he can teach me a lot then.

*If you are stuck in an island, who would you want to be with? - Probably Ohno, coz he knows how to fish. Haha. So at least we'll survive then.


I've been on hiatus with Arashi fangirling because I had a switch to K-Pop particularly Big Bang. I think for 3-4 years I've been all about Big Bang and 2NE1 and K-Pop. But now I'm back to Arashi and watching Arashi stuff like old shows that I missed.

I will probably talk about Big Bang on my next post. So stay tune. :)

Oh My God! It's been so long since I last posted on my LJ account. I'm sorry guys. Because I was so lazy and yeah, the existence of other SNS like Facebook, Twitter and Tumblr, I have forgotten that LJ still existed. But now, I'm going back to my old good ways. LJ has been like a refuge to me before. This is my fortress for tall the Arashi related videos and I can say this site satisfied and fulfilled my needs for my Arashi addiction.

Yes, I committed treason for JPop and Jdoramas and converted to KPop and Kdramas. Not that Koreans are more interesting. Arashi is still my ichiban! It's just that Kpop is more available that Jpop. and it's more unified in a way that the news feed is more solidified than Jpop. I don't know but I think my addiction in Jpop is Johnny's biased that the whole Jpop itself. Though I feel the same in Kpop but at least I knew some other Kpop bands than only 2NE1 and Big Bang.

But anyway, I'm back! I'm here again. And I might post some converted videos if you still ask me to. And I plan to be more active in LJ than I ever was. So, can I hear anyone say, welcome back? ;)

again here's another drama you can watch in your iPod.. it's Nino's Door to Door.. I've watched it and Nino's really soooo good in acting here..


You can find the links here...


you can download it here. I compiled it in a folder and named them for easier download..

minna-san! here's a copy of Love Situation video during Arashi's concert in Tokyo Dome. It's in mp4 format so you can download it to your mp4 player or iPod! kakkoi ne?! i hope you'll love it! download it here. enjoy!!
Collapse